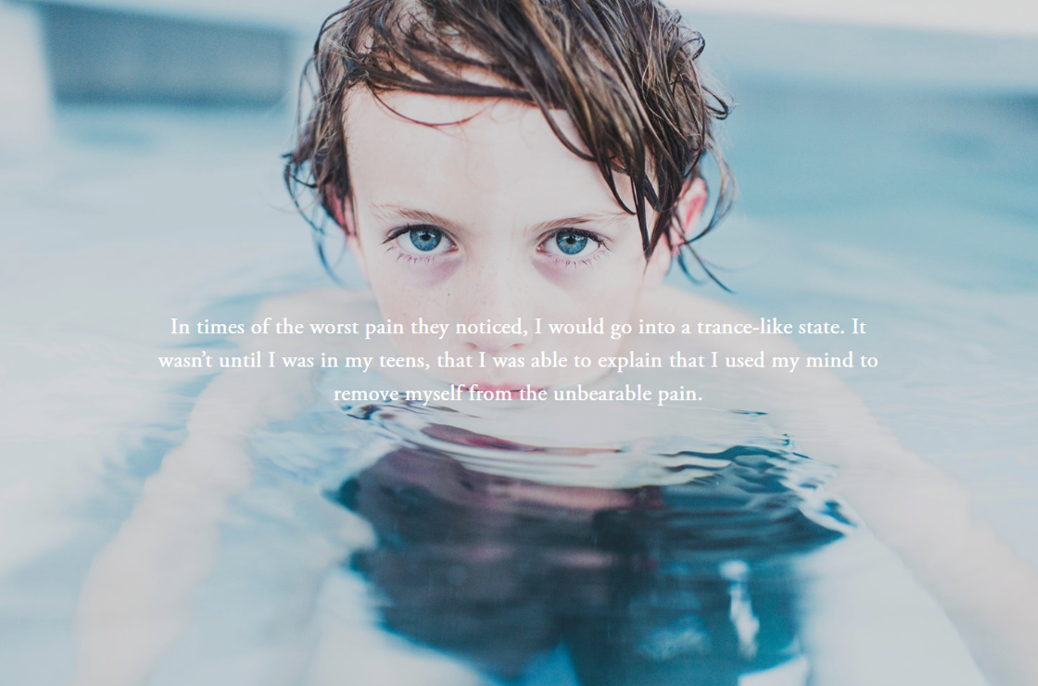 Miranda McCarthy, Founder of Wavelength VR, wrote an article on her website about the possibilities of sensory reality for coping with intense pain, like for example the pains caused by pediatric arthritis. Miranda herself is a long time sufferer of Rheumatic Arthritis. In times of the worst pain, her parents noticed that she would go into a trance-like state. It was not until her teens that she was able to explain that she used her mind to remove herself from unbearable pains.
She developed a technique using the interventions of colour and deep breathing. With years of practice, she could reach that state of calm in a few seconds. She had created her own mechanism for dealing with her chronic pain. 30 years later she is finally able to transfer this knowledge - by merging it with technology. Virtual Reality gives kids a sense of control over their own pain management, the freedom from physical limitation and a respite from reality, giving it the possibility of reshaping the world of pain management as we know it.
Miranda went to the Dutch Embassy in London to test out our system. There she learned that SENSIKS. also has our own platform that maps the sensory experiences in the pod to VR experiences uploaded by users. She placed the VR headset on her head and chose several experiences to try from the digital display on the cabinet wall.
While a typical VR rig only deals with the senses of sight and sound, we have created an SR pod, which harnesses our full suite of senses. In the pod, audio-visual experiences are synchronised with scents, temperature, airflow, vibrations, taste and light frequencies, making things more realistic and increasing VR’s power of teleportation.

From smelling a campfire burning in the woods to feeling the tropical heat of a rainforest to feeling the breeze from the ocean whilst sitting on a beach – this was indeed a deeper level of immersion than she had ever felt before.

TNO and SENSIKS team up for mental resilience among first responders.

Stay up to date with our latest offers