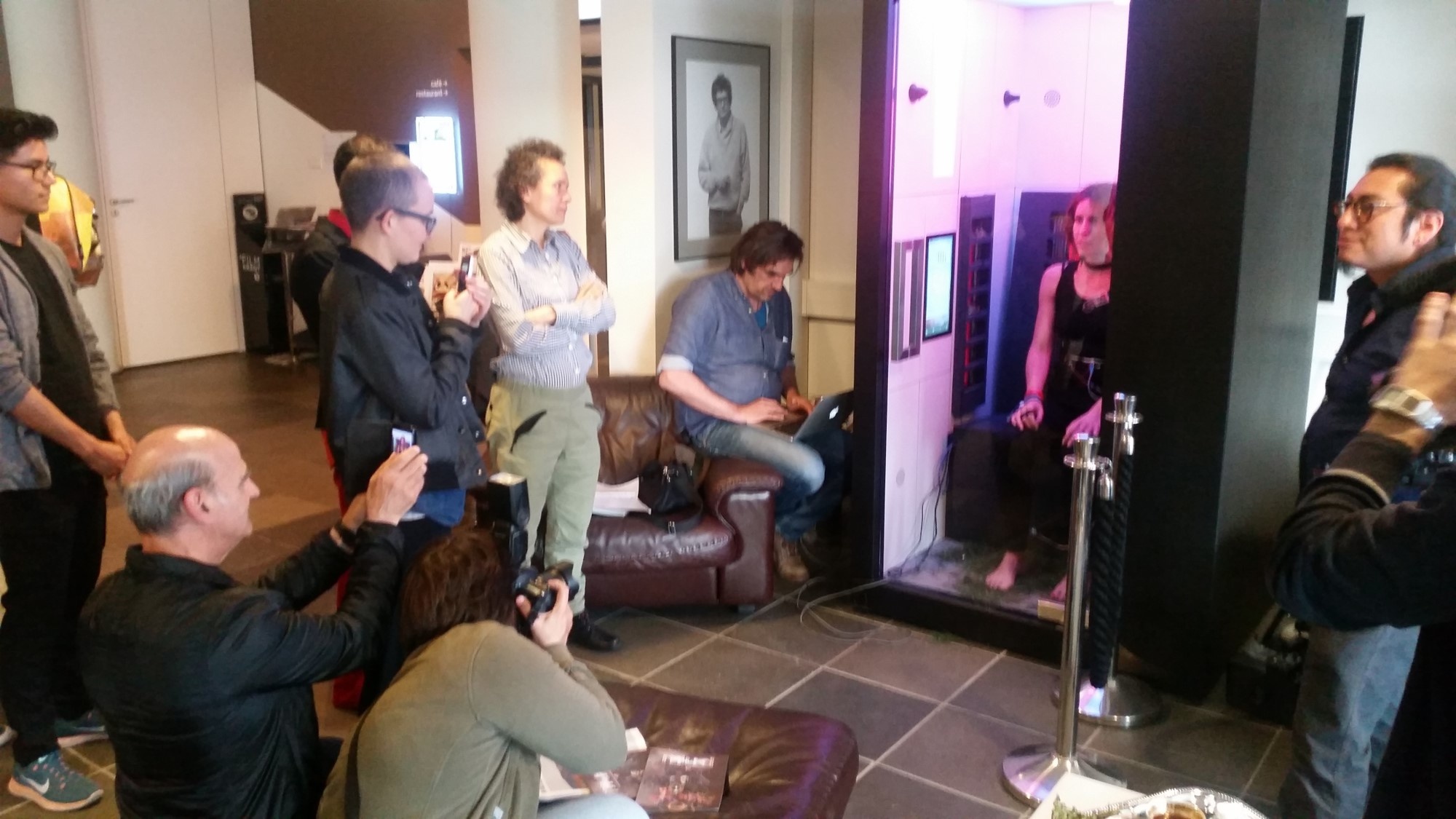 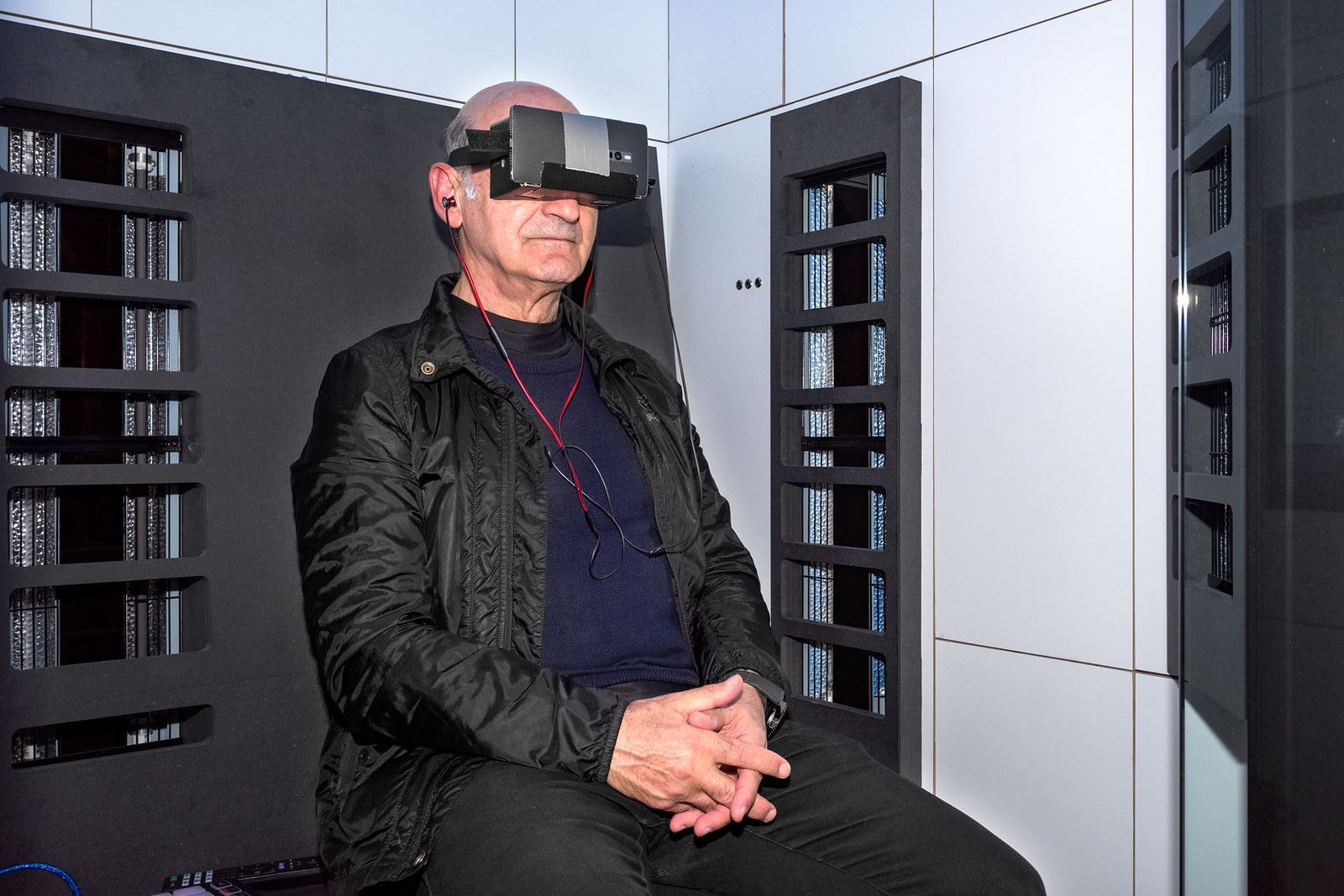 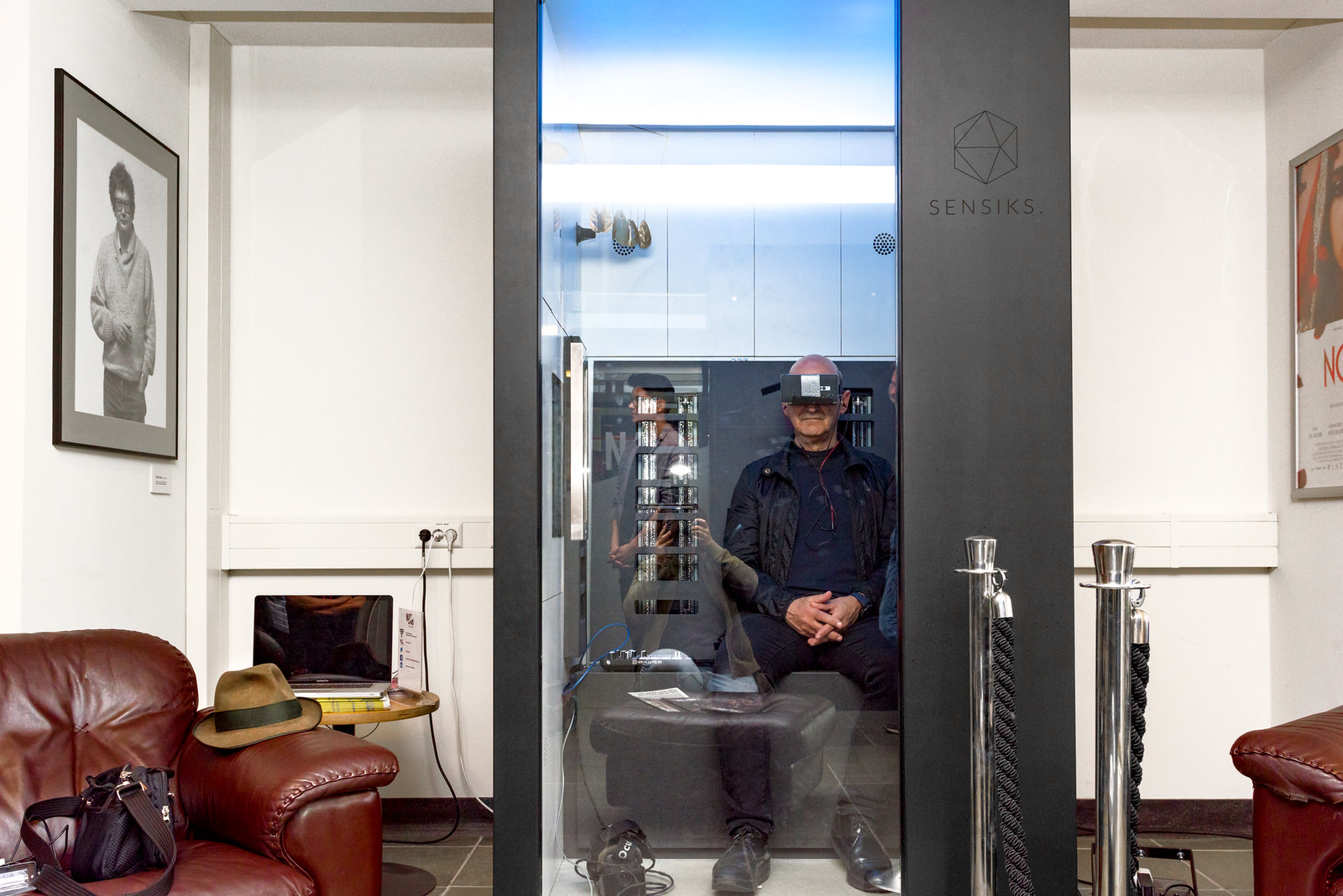 Through these modules, it's possible to play and control several elements of an experience, such as scents, temperature, airflow, vibration, taste, light frequencies. This modular hardware is linked to a user-friendly software platform on which everyone can compose custom experiences, turning each user in an experience jockey. You can build your experiences based on your own content or by using the content libraries provided by SENSIKS.

The purpose of the hackaton was to create new experimental experiences to be featured in SENSIKS. online libraries for other users to download and re-live them in their SENSIKS. Pod. We had a very diverse range of participants, including designers, new media artists, a curator, a musician, a physicist, all supported in their ideas by Fred Galstaun (CEO & Founder) and people from SENSIKS. technical development team.

Before diving in creating content for the cabin, participants had the opportunity to reflect with the founder on the meaning of creating an alternative sensory reality and on the potential uses of the cabin. Do we need to create another very individual experience? What is an experience? Just a collection of stimuli? As with every new medium, also through the cabin we can imitate and represent the real world, but maybe its biggest potential resides in the possibility of designing experiences that are totally new, something we can't compare to our daily perception of the world around us. Being able to relive specific experiences could still be very meaningful in different contexts like rehabilitation or for military purposes, for example making soldiers relive specific traumas in order to reduce the emotional impact of them.

In conclusion, the participants agreed that cabin is a tool that allows to create experiences that most probably won't substitute the respective real ones but they will still result in emotions and sensations that are real. Focusing on the cabin as an autonomous medium, experimenting with it and abstracting from reality are the key elements to come up with unique and creative experiences. And this was the mindset behind the experiences developed by the hackathon participants.

The SENSIKS. cabin before being fitted with all the different modules and controllers was basically a sauna. We find sauna in different cultures, both for ritual purposes and healthcare but also to reset body and mind. The third group, formed by David Marin, Masha Ru, Brainly Lopez, Danielle Roberts, explored how sauna is used for similar purposes in Mayan and Russian culture, especially as a place of rebirth. The cabin becomes a sort of womb in which you can perceive your own heartbeat and respiration, while surrounded by a nature soundscape and the scent of specific plants, placed in front of the heating modules of the cabin.

How it feels to be a device? Bringing the viewer inside of a device is the starting point of the experience developed by Lucandrea Baraldi and Jules Bernard. Nowadays we are in a place physically but in different places digitally: they want to translate this concept into an experience, turning the user into the used. They decided to connect whoever is inside of the cabin with a group of people outside, adding a social aspect to the individual experience. Wearing the VR headset inside the cabin, the viewer is connected to a device (a smartphone in this case) which is passed among the people outside the cabin: the device sees, hears their conversations, feels the warmth of their hands and their heartbeat while it's being passed from person to person. All these "sensations" are transferred on the viewer through the VR headset and the stimuli modules of the cabin.

A more intimate experience is the one developed by Edwin van Eck, who used the cabin as an interactive meditation space. The visuals showed through the headset, the pitch of the music and the wind moving the chimes mounted in the cabin are controlled by the intensity of the mental activity recorded by a wearable. When you reach an alpha state (corresponding to a deep relaxation), wind chimes will start to sound, the soundscape pitch will lower and the whole environment will react accordingly.

This event is kindly supported by Creative Tracks, a pilot project entrusted to a consortium of eight partners from five different European countries, active worldwide. Creative Tracks is co-funded by the European union and seeks to enhance international exchanges of experience, improving access of local culture practitioners and creative professionals to networks around the world.