In Karamoja, North East Uganda, decades of violence have prevented any chance of peace. The violence is a result of the dry climate in the region: inhabitants rely heavily on their cattle, making the lack, or abundance of, these animals the difference between life or death. Lack of cattle not only means a lack of food; social contracts may also force young men into robbing cattle from rival communities, as cattle is often used as a wedding gift. This results in violent, long-lasting conflicts through which too many lives are being lost.

To remedy the situation, the Ugandan government provides disarmament programmes; community-based social and religious support are also being offered. Although the use of firearms and the number of robberies are decreasing, Hack the Planet aims to reduce the tension by increasing empathy and awareness amongst the violent actors involved in the conflict.

Two soldiers will see the situation through their rival’s eyes, using 3D/Virtual Reality techniques, in order to create an understanding of their enemy’s situation. Will a change of perspective also change their minds?

The purpose of Meet The Soldier is not only to improve the lives and social relations of the ones affected in the documentary, but also to cause positive change for those who watch it. Let this production be a source of inspiration – a push into a new direction. Let it restructure the way you think about your opponents and let it be an encouragement to stand in their shoes. Only then selfishness can become selflessness; only then conflict can lead to reconciliation.

Today’s cutting edge technology opens up the possibility to show 3D, 360° video footage using a Virtual Reality (VR) headset, so that the viewer experiences the very situation that was filmed. For the production of Meet The Soldier, a number of core technical components will be used, including:

Also known as immersive videos or spherical videos. This is a video recording where every direction is recorded simultaneously.

The VR environment will have built-in data visualisation, providing independent data from research regarding the conflict.

“My entire life I have held a fascination for incomprehension and the consequences thereof. It is unnecessarily heartbreaking and frustrating. Incomprehension leads to hate, polarisation, racism and even to war and genocide. Why don’t we try harder to understand each other?”

So much misery and sadness in this world arises from fear, hate and incomprehension. Let this project connect as many people as possible and create the positive butterfly effect we need to see that “under the sky, under the heavens, there is but one family. It just so happens that people are different”.

We are proud to partner with Hack the Planet. This important and innovative project stimulates understanding between people embroiled in long-lasting conflict. Meet the Soldier connects different realities. With its intelligent use of techniques and theory in the field of virtual empathy, it proves to be groundbreaking. It will definitely set the stage for an inspiring discourse on how we can overcome prejudice, build bridges between people and search for common ground. 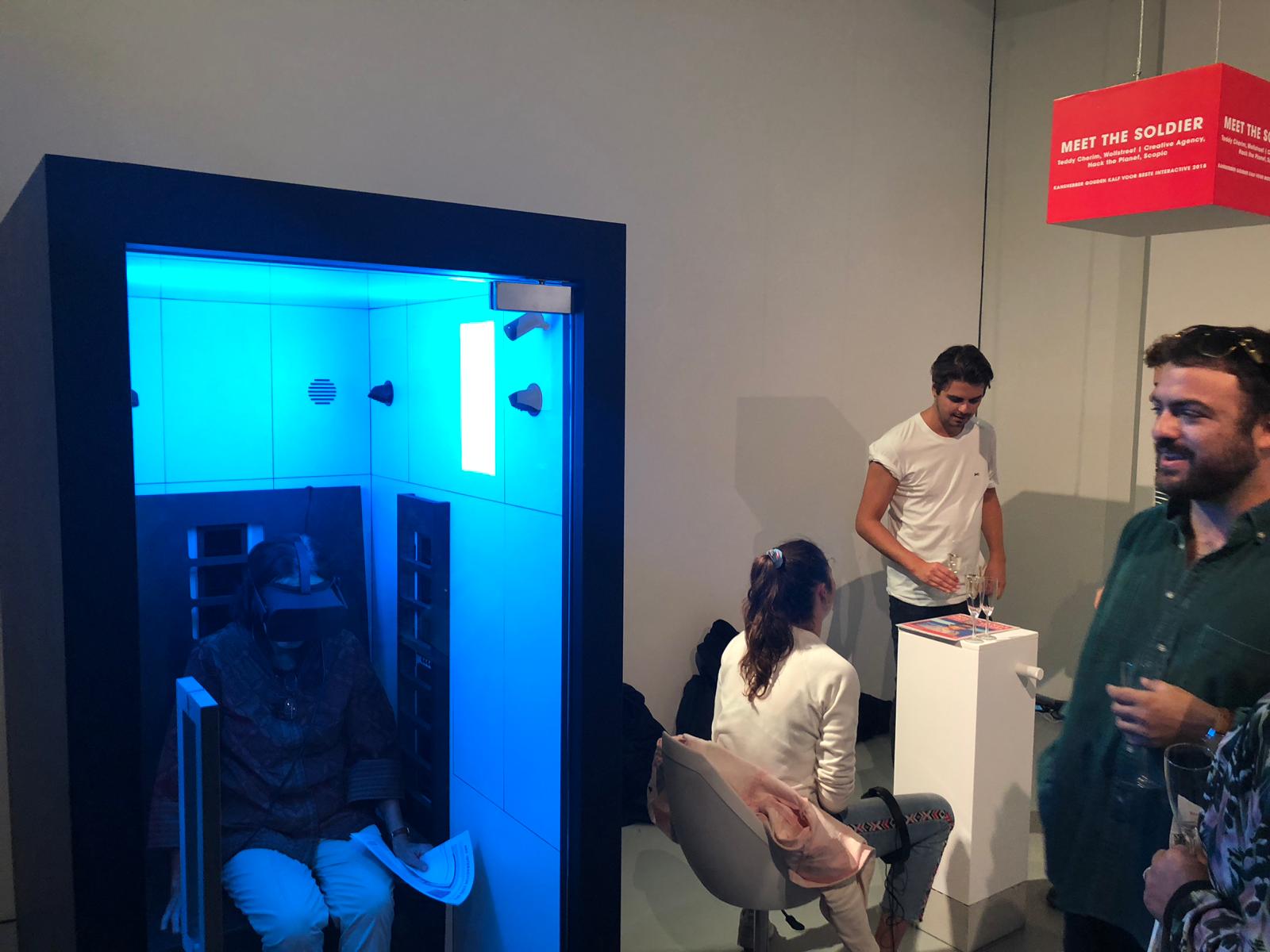