Alpha Mind is a VR game that you fully control with your brain. The goal of the game is to stay in a calm state of consciousness as fully as possible for as long as you can. Initially, the game helps you with this, but as you progress the challenge grows!
Last week we attracted a lot of attention at the Care & ICT fair, with our VR neurofeedback demo Alpha Mind, shown in Sensiks sensory pod. We are working on even more special applications.

The player finds themselves in a stark virtual environment of rough, untamed nature. In the midst of rivers and rockeries, they are completely alone and almost one with the landscape. This can be calming, but can also pose dangers.
A player who keeps their brain under control can control nature and the elements with the power of their mind! 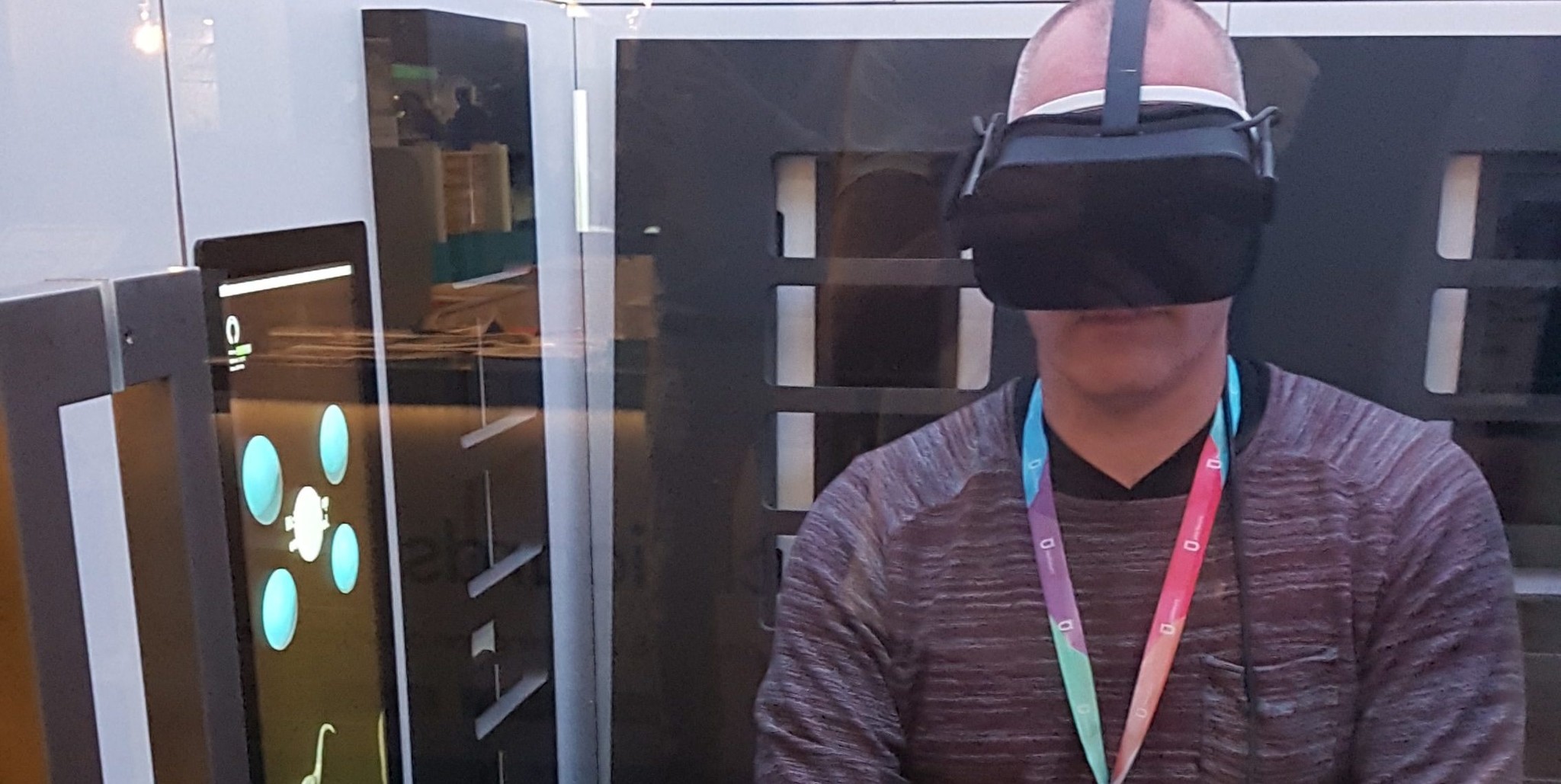 By combining the Muse headband with a VR headset, the game makes innovative use of new techniques.
The EEG data of the Muse is used as input and translated to events in the game (neurofeedback).
This way, Alpha Mind playfully gives continuous feedback on the state of the player’s brain.
When the player is able to remain in the desired state of mindfulness meditation for long enough, they are rewarded with progression in the virtual world. 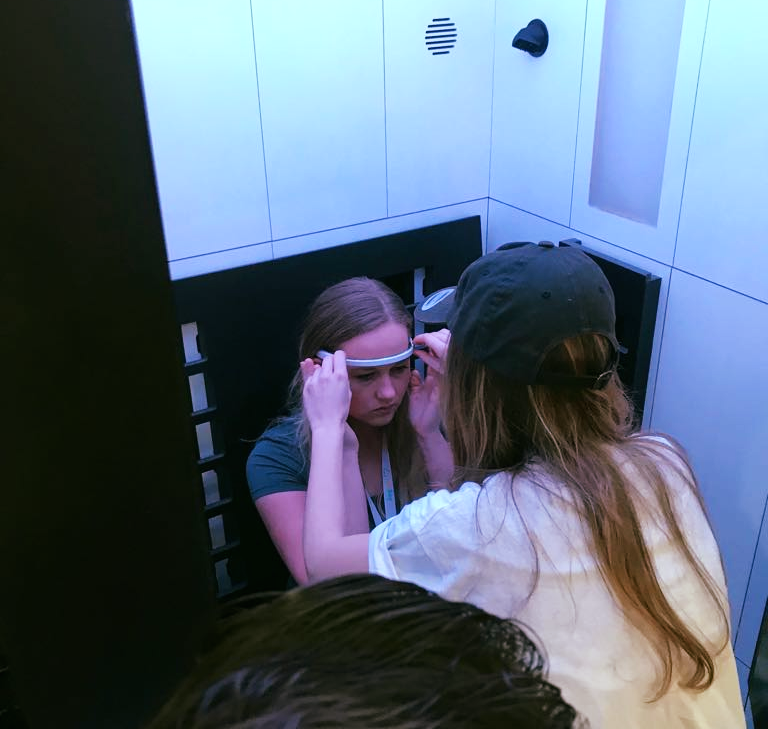